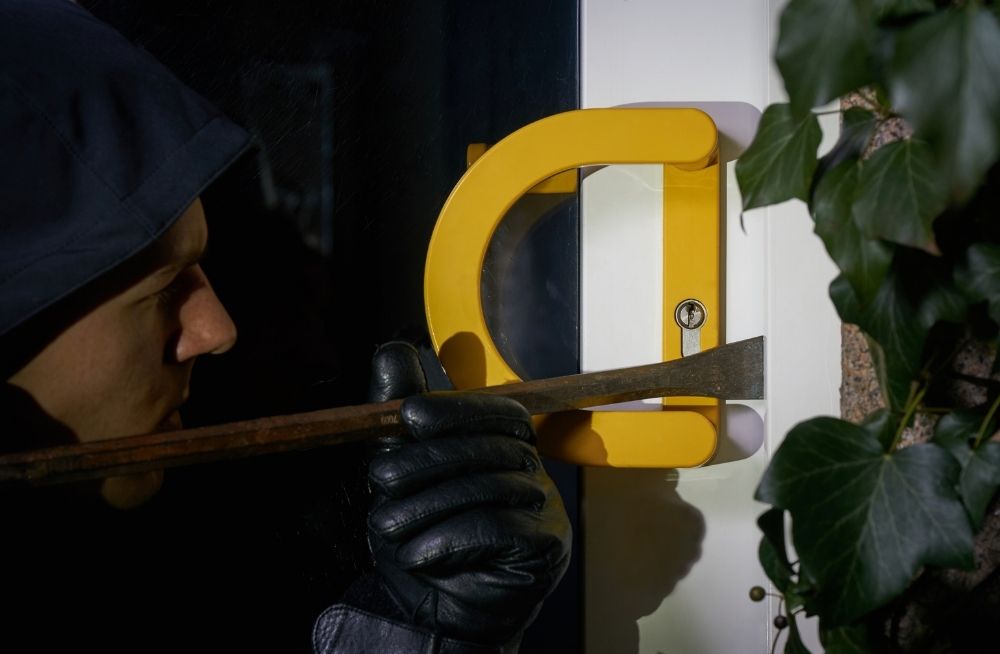 Tricks Burglars Use to Get Into Your Home

Below are the most common tricks burglars use to get into your home and things you can do to take that option away from them!

By not breaking in: One of the most surprising yet common ways of burglars getting into your home is not by breaking in, but instead getting in through an entryway that was left open for them! This could be anything from simply walking in through an unlocked door, or you leaving your spare keys somewhere common like under the welcome mat or above the door! Almost every burglar checks these common places before they even try to break their way in!

Advice: You can easily avoid this by making sure all of your doors are always locked, and that the spare keys aren’t just laying around somewhere they can easily be found! This way, even if you’re not doing anything extra to protect your home, at least you’re not handing the burglars the keys to the front door!

By breaking the door: If you’ve used a door that’s aesthetically pleasing, or was just cheap in terms of price, there’s a chance that the door is made out of a material that leaves the center of the door hollow. This means that no matter which types of locks you have on your door, all the burglar needs to do is kick the door in the right place to smash right through it! Sometimes they won’t even go through that and will just throw something heavy at that spot and the door will crumble! Giving them plenty of room to either walk in, or shuffle their hand in to unlock the door from the inside!

Advice: If your door has a hollow center, there’s no logical way of reinforcing the door. It’s a better idea to have the entire door replaced with one that’s either solid wood, or solid metal. This way, even if the burglar tries to break it down, they won’t have an easy time doing it.

By using the windows: Unlocked windows are a burglar’s best friend. They’re easily visible from the outside and usually big enough for a person to squeeze in from. If you’re leaving your windows opened and unlocked, you’re basically leaving the door open for the burglar to get in from!

Advice: Get locks for all of your windows, even the ones on the second floor and beyond. This way the burglar won’t be able to easily slip in!

By breaking the locks: If you’re using common, flimsy locks on your doors and windows, know that they can easily be snapped with tools as basic as a screwdriver and a hammer! Almost every burglar will know how to snap locks easily! And that’s how they can gain access to your home even if you locked up!

Advice: Call over a  Locksmith Birmingham or a locksmith in your general area and have them survey your locks. They’ll be able to point out the vulnerabilities and replace your locks with heavy-duty secure ones! Making the entry points as secure as possible!