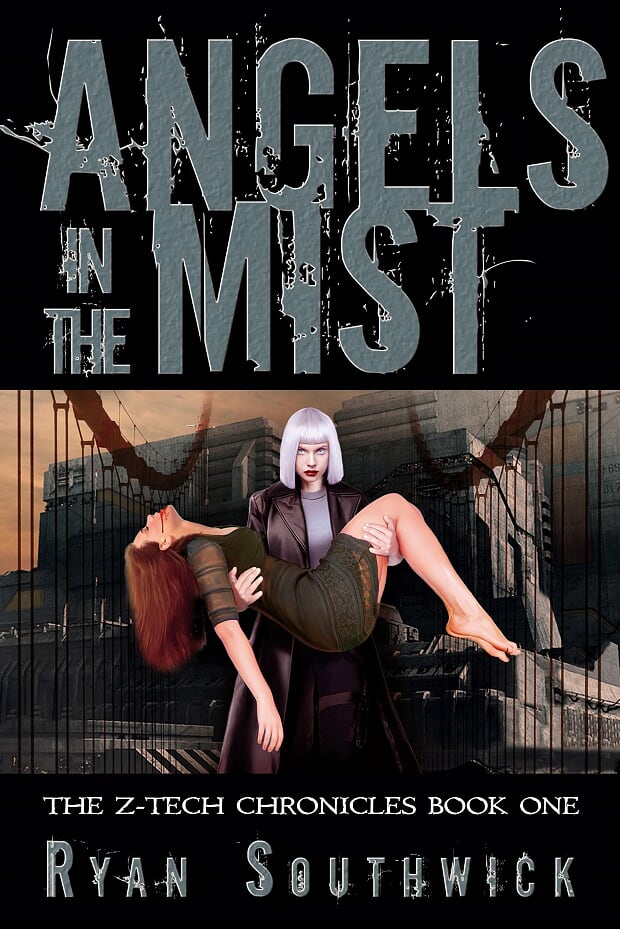 In the sci-fi/fantasy spectrum, there are countless sub-genres with their own styles and loyal followings. Angels in the Mist, the first book in the Z-Tech Chronicles series, by Ryan Southwick, stands at the literary crossroads of a multiplicity of these usually distinct classifications. At the same time classic fantasy, futuristic sci-fi, tense page-turning suspense novel, and surprisingly contemporary ode to a new generation of female protagonist driven adventure stories, Angels in the Mist is a unique and refreshing amalgamation of narrative that is simultaneously both refreshing in its novelty, yet oddly familiar and genuine in its telling.

At the heart of this enigmatic story is Southwick’s dedication to breathing life and dimension into the hero of the novel – Anne Perrin. Unlike so many storytellers introducing a heroine, Anne is not simply a hero wrapped in a feminine veneer. Southwick gives us a true-to-life protagonist who is, at the same time, on a classic hero’s journey of self-exploration, growth, and empowerment while also maintaining a genuine female perspective and truth.

Credit should be given to Southwick for his dedication to his central character and willingness to explore the feminine psyche. The author cites his own mother as inspiration and a constant source of review to make sure Anne is a genuine example of female strength, wisdom, and perseverance. At the same time, Angels in the Mist offers die-hard sci-fi and fantasy fans what they seek in terms of excitement in spades.

High tech cyborgs? Check. Vampires? Check. Seriously. Southwick manages to incorporate this and far more into his story. The San Francisco of Southwick’s novel is a limitless world of fantasy and excitement. Yet, what Angels in the Mist may be most notable and memorable for is that if you stripped out the fantasy and supernatural, you still would be unable to put this book down.

Ryan Southwick is a technologist, storyteller, and futurist. Coming of age during the dot.com boom of the ‘90s, Southwick is an accomplished programmer and one of the seminal coders involved in the Agile software revolution. Readers will feel at home in the sci-fi world he crafts because it is based in his own experience as one of the pioneers in the actual field of modern software development.

More importantly, readers will identify with his story for the realism of his main protagonist. Southwick himself has worn the mantle of a trailblazer in his field. With over three decades in his field, Southwick knows what it is to lead and be a thought leader in the high-tech industry. Serving as a tech ambassador, he has spent a good deal of his life crafting technology to serve the betterment of mankind and believes in the vision of technology as a servant of mankind.

Angels in the Mist is at the same time something familiar and something completely new. As Southwick himself puts it, “In the old super-hero stories, much focus is put on the powers and not on the story or characters. What I tried to do was to write a story about exceptional characters from a non-exceptional perspective.” In this aspect, the Z-Tech Chronicles series manages to deliver equal parts novelty and nostalgia, all while crafting a gripping tale of adventure. Want to win a copy of Angels in the Mist? Enter the Books That Make You giveaway now!